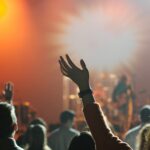 You could say that contemporary Christian music is as old as rock and roll itself, and you wouldn’t be wrong. Rock and roll is generally considered to have started in the 1950’s, which is about the same time Christian music was becoming more mainstream.  Most folks of a certain age can recall how impactful the […]